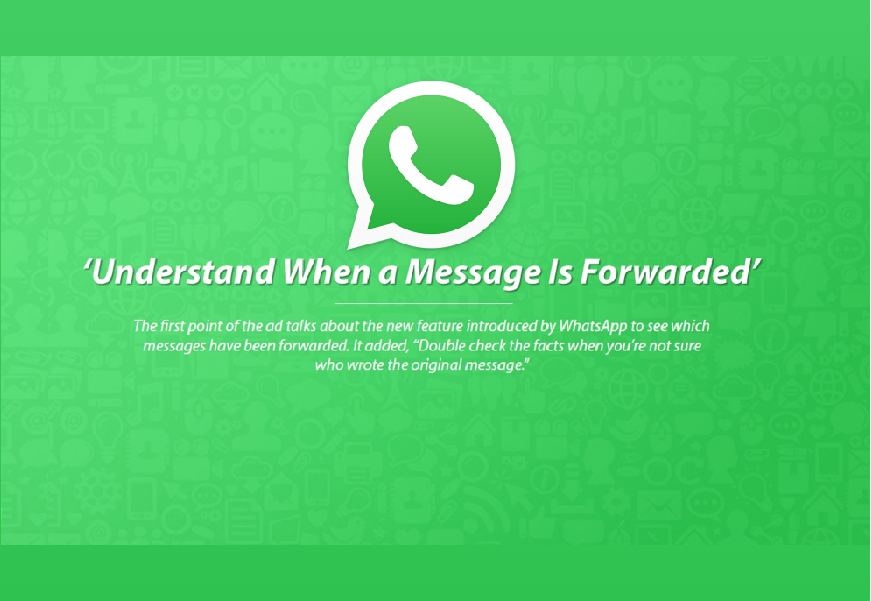 Fake news is often alarming or shocking. The most effective fake news taps into the rawest of human emotions: anger, fear, and anxiety. Well-meaning, good-natured people will share evocative messages with friends and family because they want to warn or discuss, to protect their loved ones and to spread awareness of things that affect them at a primal level. Fake news is nothing more than weaponized rumors and manufactured gossip. The medium and the method are new to the modern age, but the impulse to spread the message is a deeply human flaw.

WhatsApp, the Facebook-owned company, which has at least 200 million users in India, is considered as the most used App for online conversation. According to the results of a survey on WhatsApp usage in rural India in 2018, it was found that a large number of respondents always believed the information they received on WhatsApp during the survey period. To combat this, WhatsApp has taken an active role in combating the spread of fake news on its network in recent times.

WhatsApp wanted to create awareness regarding the fake news spread across the country. It wanted to communicate the need of users to identify or how to identify whether the news forward it to them is fake news for its genuine. Also they appealed people to verify and be sure that the message there forwarding is not fake news and if it’s fake then they should avoid forwarding it.

For reaching out to mass audience, WhatsApp used CIL’s vast database. They reached out to the target audience through voice calls in order to create awareness regarding the fake news spread.

CIL hosted the campaign and executed campaign on our data database by playing various short contents on call for creating awareness about the fake news.