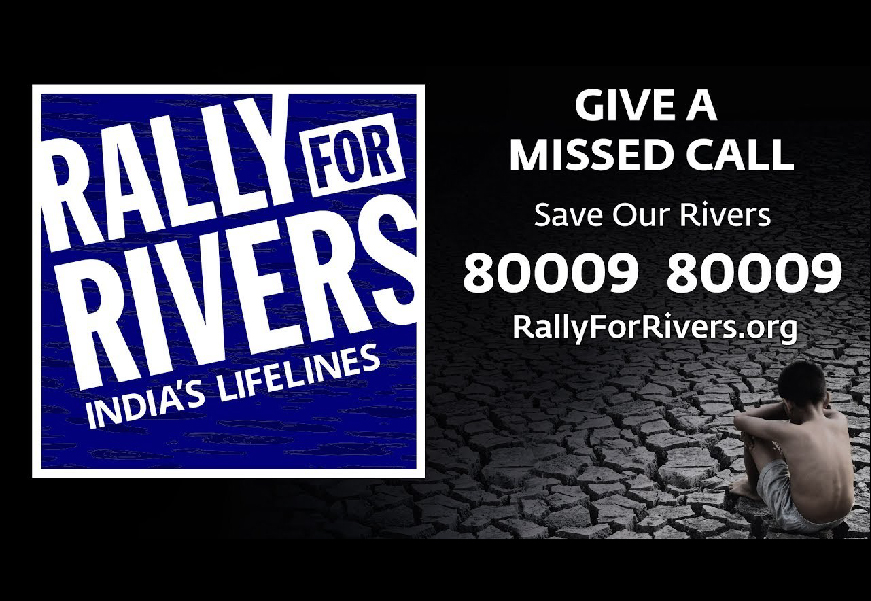 Our rivers are dying. We can no longer turn a blind eye as we stand on the threshold of the gravest crisis of our times.

Isha Foundation organized a “Rally for Rivers” awareness campaign, which covered 13 states and more than 20 events in major cities, traversing a stretch of over 7000 km across India. Sadhguru drove the entire distance with leaders and celebrities who actively participated in various legs of the journey.

Through the campaign Rally for Rivers, the organization wanted to provide a comprehensive solution to save India’s rivers which is unique in its structure as a primarily economic program with a significant ecological impact.

CIL provided number 80009 80009 on which missed call and WhatsApp were activated to the support of Rally for Rivers where, people can join the cause by giving missed call to the Number.

Every Missed Call Counts! July 9, 2017 marked the birth of a nationwide campaign focused on a critical cause – saving India’s dying rivers. Citizens were invited to give Just ONE missed call to become a part of a huge wave towards implementing government action to revive our rivers.

Drawing thousands of people at over 180 public events, the Rally became the largest public-endorsed, mass awareness campaign in history. Supported by over 162 million people, Rally for Rivers is the world’s largest ecological movement today.

Received over 162 Million missed calls to support the campaign.