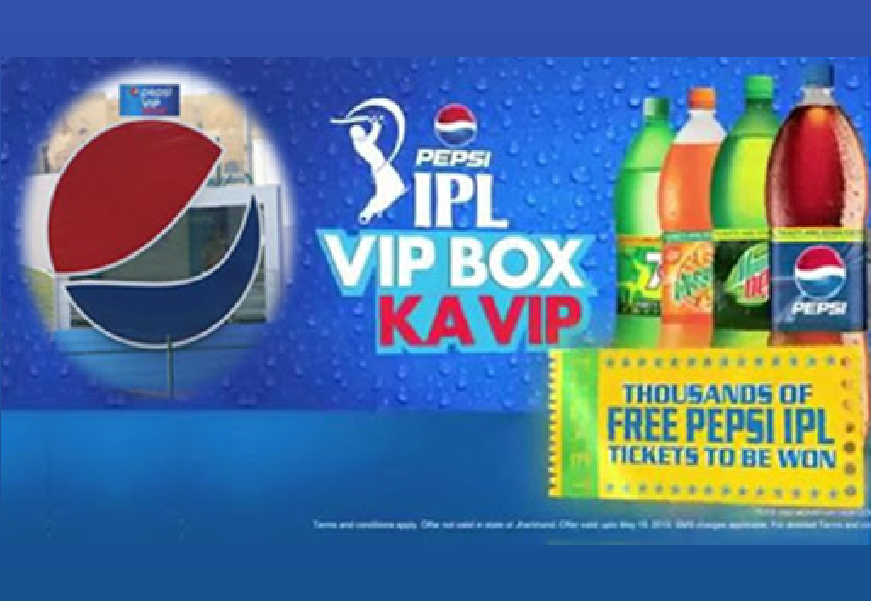 Pepsi India, the official sponsor of IPL makes an effort to connect all its Social Pages through an engaging game. Adapting to the fragmented media world, Pepsi India has launched its integrated – VIP Campaign.

This case study describes how Pepsi created VIP boxes at Indian Premier League (IPL) cricket matches to encourage young Pepsi drinkers in India to buy its large format bottles. Large Bottles were typically bought as part of grocery shop by the value conscious home-maker. Although the home-maker bought the large bottle for the house, it was the young people who drank the product, so Pepsi decided to bypass the home-maker and sought to open the large bottles for the young people. It was important to offer what mattered to youngsters, not a price drop or an extra volume offer, and that’s why Pepsi decided to bring them a never-before customized gratification, by offering them the most unique seat in the stadium, the exclusive Pepsi VIP Seat.

The campaign aimed at engaging its fan base with a brain teasing clues and hints with an integrated approach. With this, brand also intended to gratify the participants with Pepsi and IPL freebies such as Talktime, Pepsi T-Shirts and IPL tickets.

The campaign was launched around IPL when Pepsi was title sponsor of IPL. Brand launched a consumer promo through which users can participate by purchasing any PepsiCo product and send a unique code through SMS on CIL platform. CIL then declared various category winners from all the participants.