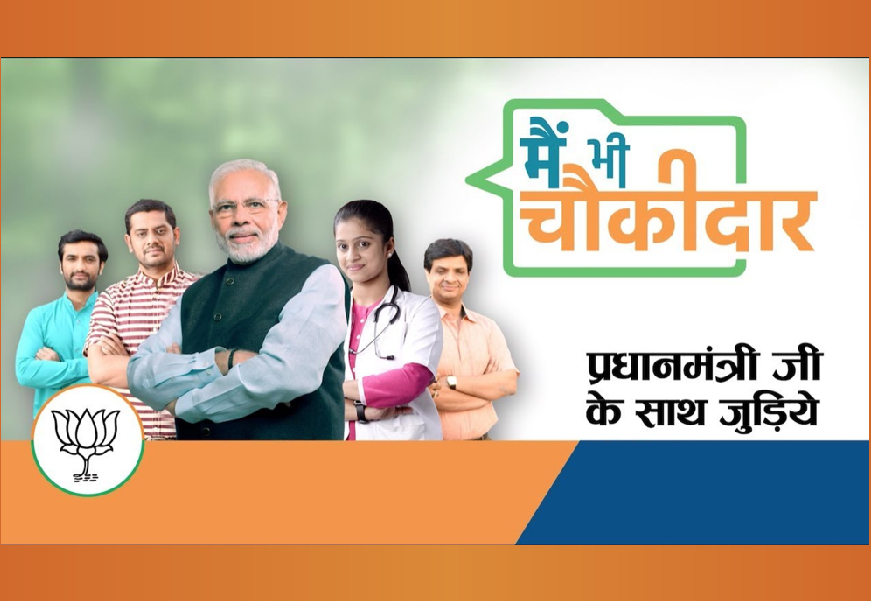 On 14 March 2019, PM Narendra Modi responded to the jibe of “Chowkidar Chor Hai” by launching a campaign with the slogan "Main Bhi Chowkidar" for his supporters, implying that everyone is a fighter against corruption and social evils. He even changed the name of his official twitter handle titled 'Narendra Modi' to 'Chowkidar Narendra Modi'. In a coordinated campaign, ministers, party president Amit Shah and other BJP leaders such as Piyush Goyal changed their Twitter profile names by adding a prefix "Chowkidar". Eventually, lacs of BJP supporters also changed their names accordingly. Modi addressed a large group of watchmen on audio link as part of the campaign.

The Prime Minister planned to address 25 Lac Chokidars live for his campaign “Mai Bhi Chokidar”; also take questions from the audience. Real time integration with ANI for live broadcast of his address across all TV and web Medium

CIL conducted 3 Days Exercise with PMO team before event. Our team of technical experts, secured channel set up with direct line to Prime Minister. A total of 25000 Locations were connected live. The campaign was also telecasted on a real time broadcast on all leading TV channels and web mediums.

First ever conference connecting such 25 Lac audience on a voice call, and that too directly with the Hon’ble Prime Minister of the County.

As part of this strategy, PM Modi attempted to connect with those asking questions during the interaction. He also confessed how happy he was to hear that he, despite being the PM, was equated with ordinary citizens. The interaction with the security guards across the country via an audio bridge lasted for over an hour and coverage for the same was done by all leading national & international media groups.